Our website uses cookies. Small text files are saved on your computer, tablet or mobile phone, to increase the usability of our website. They are used to, for example, remember your personal settings and preferences. We also use cookies to measure and improve the use of our website. Your personal details will not be saved. Would you like to know more about the cookies we use? Have a look at our cookie statement.

This autumn, the draft Future Pensions Act (Wet Toekomst Pensioenen) was discussed in the House of Representatives. You may therefore have heard or seen a lot about the subject recently. If this law is passed, pensions in the Netherlands will look different than they do now. For example, all participants of pension funds receive their own 'pension pot' from which their pension is paid. And that pension will, more than now, move along with the waves of the economy. But also in the future, income will be arranged within your pension scheme for after your retirement, in the event of incapacity for work and for any surviving dependents after your death.

Watch the flash webinar in which our Pensions Director - Mike Pernot - shared some information about the new legal rules for pensions.

What does it mean to you?
What exactly it will mean for you should become clear in the coming years. If the law is passed, it will be up to employers, together with the trade unions, to make pension choices. Philips Pensioenfonds supports them in this and also has the role of testing the feasibility of the new scheme. This includes assessing whether the new scheme is fair and explainable to all stakeholders.

In November 2022 we organized a number of flash webinars about the new pension rules from the Future Pensions Act. All questions asked during these sessions can be found on this page with answers. The law is currently being discussed in the House of Representatives. This also means that information on this page is subject to change. 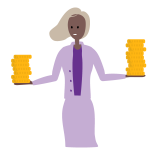 Retiring or being retired 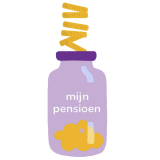 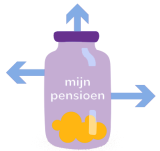 Do you have questions about your pension or your Pension Fund? Or do you have a complaint?

Our digital newsletter Gener@ties keeps you up to date with developments at Philips Pension Fund. Read the latest version of the newsletter here and sign up as a subscriber!